I was a teaching assistant in nursery and Primary schools in Moscow from 2005-14, teaching English to very young children. Now I teach children in our local community here in Nicaragua and also give lessons by Skype, to children aged from eight upwards. Skype lessons are not for very young children, they need a ‘real life’ teacher. My young students range from 8 to 18 year old’s who are getting ready to go to university.  Parents should prepare their children so that they know that Skype lessons involve sitting still in front of a screen for 45 minutes and must help them to make sure their internet, microphone and headphones are all working properly. Sometimes there can be a slow connection on Skype, which means we have to be patient. If this is the case, parents also need to make sure that no one is watching films or downloading large files during their child’s lesson, or to make sure they have internet which is fast enough to cope with this.

How does it work?

Children who study by Skype must already have some basic elementary English and some vocabulary.  I send a short test for them to complete, to get an idea of their level and the kinds of mistakes they are making. I do not usually stick rigidly to one coursebook, but select materials from a wide range of sources. Different students have different needs and my teaching approach is adaptable and flexible, to meet their individual needs. In the first lesson I usually ask the student questions about themselves and their lives: “Do you have any brothers or sisters, hobbies, pets..”  etc.  I send homework after the class by email, usually it should be done by the next week and sent to me as JPEG photos, which I will correct (mark) and return to the student by email.

All children are as different and unique as adults. Some nine year-olds will find cartoons like Muzzy to be too ‘immature’ for them, while some 14-year old’s will enjoy it very much.  In China, all schoolchildren are under daily pressure to complete large amounts of homework and because they mainly study grammar, many Chinese parents are glad of the opportunity for their children to have conversation practice in our Skype lessons. However, some parents still insist on having a teaching plan for the next ten lessons, to show what kind of structure the lessons will have.  Others insist that I do not do any grammar at all with their children in their Skype lessons, because they have so much grammar at school and they ask that the lessons be focused on conversation practice.

There are thousands of free resources with lots of interesting materials for teachers online. Some students are quiet and serious and can follow structured grammar lessons from serious books. Others will fidget and be bored after 5 minutes of this and need a more communicative approach, using books which have more pictures, interactive videos and animations, cartoon strips, games, storytelling, role-play and music. 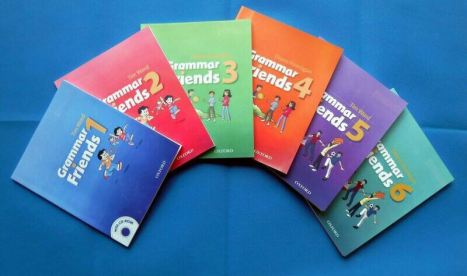 The Grammar Friends series is very popular with young learners.

This is a great way to engage the attention of young learners. Muzzy is a big favourite among students, and listed below are some of the others I have used in my classes. Screen sharing means the student can see your screen and watch it at the same time. This means you can play 5 minutes of the cartoon, then stop and ask them questions about what they have watched. Homework can be to answer written questions about the clip or watch the clip again and complete a worksheet on it. Screen sharing and watching films/cartoon clips requires a fast internet connection. The faster the better.

Below are some (mainly British) cartoons I have used with young learners….

The Clangers was a popular animated series of short stories about a family of mouse-like creatures who lived on a small blue planet. They spoke in whistles, and ate green soup supplied by the Soup Dragon. The programme was broadcast by the BBC from 1969 until 1972. In October 2013, it was announced that The Clangers is to return with a new series.

Take a look at a typical Muzzy worksheet for an Elementary / Pre-Intermediate class. here. 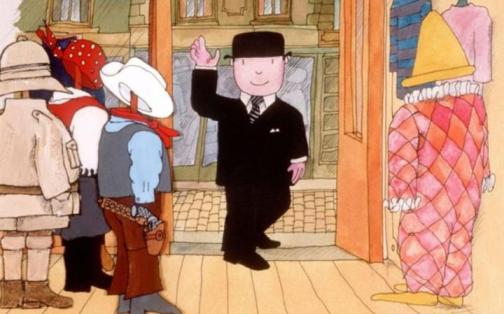 Mr Benn, the mild-mannered, bowler-hatted star of the television series, was taken from David McKee’s book character. For anyone of a certain age, the 13 episodes of Mr Benn, with their simple, storybook animation and surreal storylines, are as much a part of childhood as itchy school uniforms and tinned fruit salad.

Take a look at a typical Mr Benn worksheet for an Elementary / Pre-Intermediate class. here.

Shown in the five-minute slot just before the early-evening BBC One news between 1965 and 1977, The Magic Roundabout  regularly attracted an audience of over eight million.The main characters were a young girl named Florence, Ermintrude the pink cow, bouncing Zebedee, Dougal the shaggy dog and Dylan the rabbit.The seemingly innocent children’s animation series included witty commentary for the adults, allowing two generations to enjoy it. 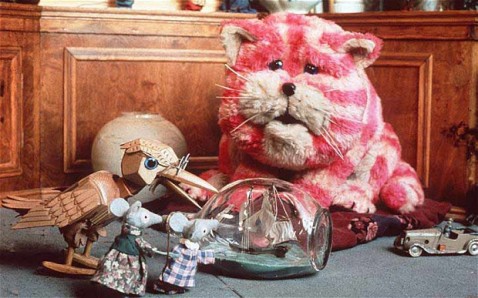 There were only 13 episodes of Bagpuss ever made, and they were first shown on the BBC in 1974. Each was set in a shop owned by a little girl named Emily. Emily would find lost and broken things and display them in the window so their owners could find them.

Bagpuss the saggy old cloth cat would come to life after Emily left the shop, together with various other toys including Gabriel the toad, a rag doll called Madeleine, a wooden woodpecker bookend named Professor Yaffle and the mice carved on the side of the “mouse organ”. 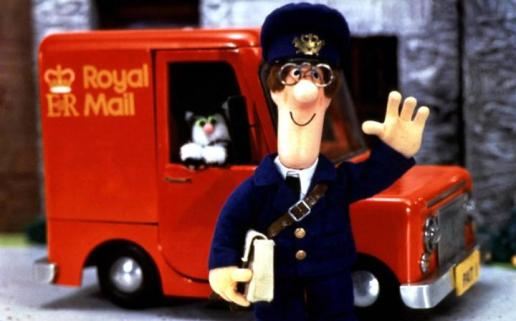 This kids’ favourite followed postman Pat Clifton and his black and white cat, Jess, in the fictional village of Greendale.

Thirty episodes were made of the Roobarb and Custard cartoons, which were broadcast on the BBC from 1974. They depicted the friendly rivalry between Roobarb the green dog and Custard the pink cat from next door. The narration was provided by the actor Richard Briers, who died this year.

Rainbow was broadcast on ITV between 1972 and 1992. It was set in the Rainbow House, where the puppet characters of Zippy, George and Bungle lived. Their human friend Geoffrey would attempt to calm them down and keep the peace when they argued.

The main story would be interspersed with songs from Rod, Jane and Freddy, and stories read from the Rainbow storybook, usually by Geoffrey. 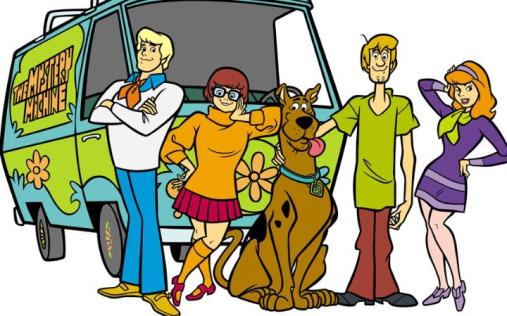 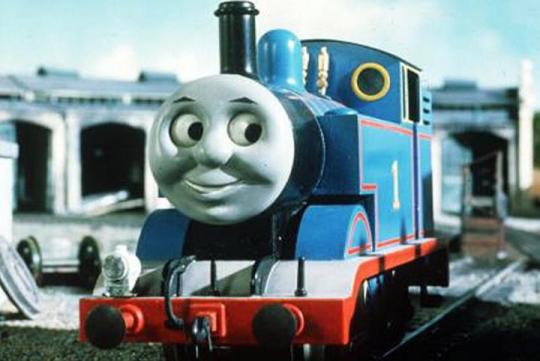 Thomas the Tank Engine was created by the Reverend Wilbert Awdry and his son, Christopher, and came to television on ITV in 1984. Former Beatle Ringo Starr was the storyteller up until 1991. Thomas was depicted with a cheeky and self-important personality.

The Wombles are returning to television in 2015 in a new series using computer-generated imagery (CGI). The Wombles made their TV debut in 1968 in a story broadcast on Jackanory and were later given their own BBC series (1973-75) which was directed by Ivor Wood using stop-motion and Film Fair puppets. The environmentally-friendly animals, who picked up litter on Wimbledon Common, were created by Elisabeth Beresford, who died in 2010 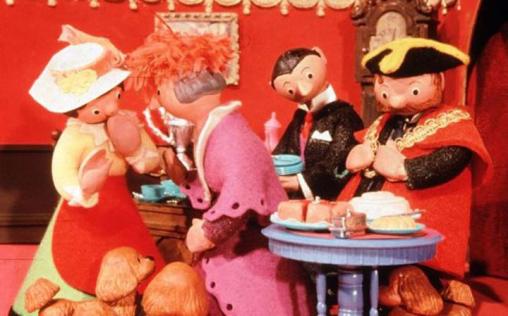