Films might be the only chance students of English  have  to hear English spoken naturally in many different regional accents and dialects and their only exposure to the English language, apart from their own teachers.  This is why films are one of the most powerful  teaching tools for any teacher.

The BBC TV series North and South (2004) is very popular with my students. It is a ‘period drama‘, that means it is a realistic story set in a period of history (1860’s) when Britain was going through many social changes. It is based on the novel by the famous English writer  Elizabeth Gaskell.  A perfect TV series for English study, showing relationships between people belonging to different social classes, and between people from the affluent South, like the Hale family, and those in the North, at the peak of the Industrial Revolution. 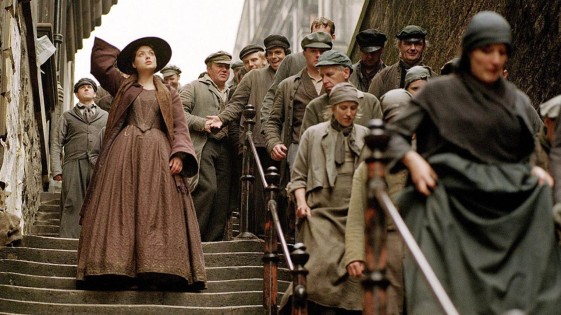